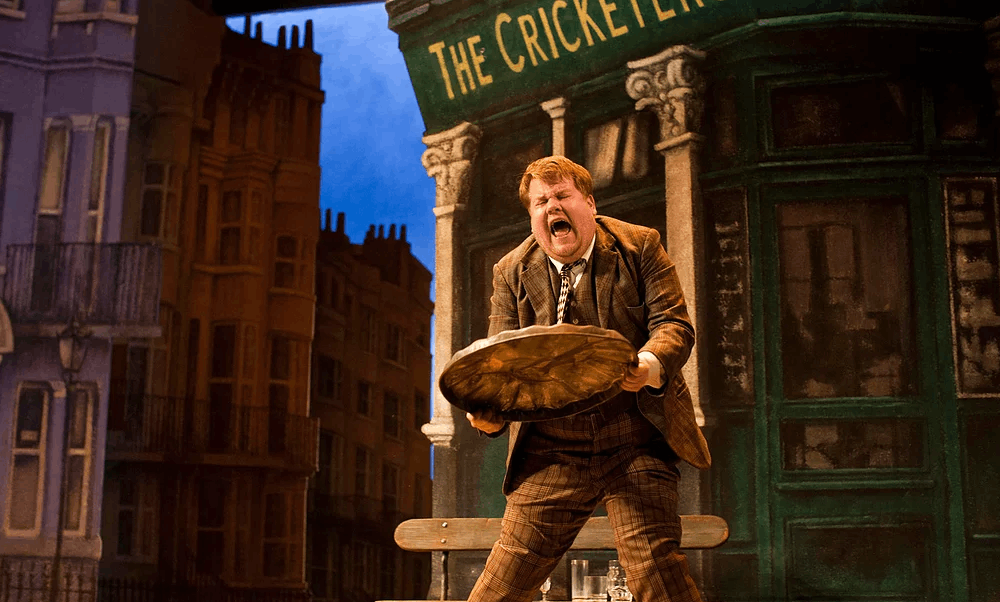 After nearly a decade of filming theater productions in the West End, The National Theatre has announced an educational streaming platform that will eventually host most of their productions online - The National Theatre Collection goes live today (30th September 2019) with 19 titles available worldwide in partnership with Bloomsbury Publishing and ProQuest.The library is expected to grow each month.

This new streaming service draws on ten years of NT Live broadcasts, alongside high quality archive recordings never previously seen outside of the NT’s Archive. The National Theatre Collection will make the best of British theatre available to libraries, schools, universities and the education sector around the world.

The National Theatre Collection is available through Bloomsbury’s award-winning digital library Drama Online and as a stand-alone resource from renowned EdTech leader ProQuest. ProQuest will also integrate the collection in its popular Theatre and Drama Premium. It will transform the current landscape of theatre studies and digital learning by connecting students, researchers and teachers across the globe to world-class productions, archive materials and learning resources. The National Theatre Collection is available via two models: a one-time payment for the full collection, or via an annual subscription.

The National Theatre Collection launches with 19 titles and will grow to 30 titles by March 2020. It features a wide range of works regularly studied at secondary/high school and degree level. Unique in its scope, the collection encompasses:

UK schools will also be able to access a greater range of productions through the National Theatre Schools Collection on Drama Online. Launching in January 2020, the productions available as part of the Schools Collection will complement the curriculum and be free for UK state-funded schools to access, together with learning resources, ensuring access to the arts as part of a rich and broad education for young people.

Rufus Norris, Director of the National Theatre said, “We are delighted to announce that National Theatre Collection goes live today in partnerships with Bloomsbury and ProQuest. This collection of iconic plays reflects the rich and diverse spectrum of British theatre over the past decades and will now be accessible to students and teachers worldwide for the first time ever. We hope that this new platform will open up the National Theatre to students, teachers and theatre-makers across the globe, whilst also ensuring that drama remains an integral part of a broad education. We would like to extend our thanks to the rightsholders of these materials who have made this service possible”.

Jenny Ridout, Global Head of Academic Publishing, Bloomsbury Publishing PLC said, “It is exciting to be taking our longstanding publishing relationship with the National Theatre forward in this landmark digital collaboration. The National Theatre Collection on our educational platform Drama Online gives students and scholars the world over the opportunity to study and enjoy a wealth of plays alongside the playtexts and works of scholarship in one expertly curated digital space. Drama Online exemplifies Bloomsbury’s investment in creating dynamic and authoritative digital resources for universities and schools around the world. The National Theatre Collection will ensure that world-class theatre has a lasting impact, inspiring the theatre makers and performers of the future.”

Katie Birch, Director of Product Management at ProQuest said, “Students and faculty increasingly rely on multimedia content to enrich learning and classroom experiences. ProQuest’s collaboration with National Theatre makes it easy to stream spectacular, dramatic performances on-demand alongside unique archival content to study the performing arts from every angle both in front of and behind the curtain”.

Education institutions can access this service via Drama Online or ProQuest.

The 19 titles currently available on NT Collection at launch are:

Set at the very start of the twentieth century, Andrew Upton’s new version of Chekhov’s classic captures a poignant moment in Russia’s history as the country rolls inexorably towards 1917.

Benedict Cumberbatch and Jonny Lee Miller each play Victor Frankenstein and his creation in these two performances of Danny Boyle’s smash-hit production. Written by Mary Shelley and adapted by Nick Dear.

Rory Kinnear delivers an award-winning performance in this dynamic production of Shakespeare’s complex and profound play, directed by Nicholas Hytner.

Written 11 years after A Raisin in the Sun, Lorraine Hansberry’s final drama is an unknown masterpiece of the American stage. This theatrical search for the soul of post-colonial Africa features Danny Sapani as Tshembe.

First performed as part of the National Theatre’s series of Shakespeare for younger audiences, Justin Audibert and the Company create a bold contemporary retelling of this dark play.

Helen McCrory takes the title role in Euripides’ powerful tragedy, in a new version by Ben Power, directed by Carrie Cracknell, with music written by Will Gregory and Alison Goldfrapp.

Tony Award-winning James Corden plays Francis Henshall in the hilarious West End and Broadway hit. Written by Richard Bean and directed by Nicholas Hytner, the play is an update of Goldoni’s classic farce A Servant of Two Masters.

This acclaimed production, directed by Nicholas Hytner, was nominated for Best Revival at the 2013 Olivier Awards. Adrian Lester and Rory Kinnear jointly won the Evening Standard Best Actor Award for their performances in the iconic roles of Othello and Iago.

She Stoops to Conquer

One of the great, generous-hearted and ingenious comedies of the English language, Oliver Goldsmith’s play offers a celebration of chaos, courtship and the dysfunctional family. Directed by Jamie Lloyd with a cast including Cush Jumbo and Katherine Kelly.

Simon Godwin directs this joyous new production with Tamsin Greig as a transformed Malvolia, in a new twist on Shakespeare’s classic comedy of mistaken identity.

This exciting new version is the perfect introduction to Shakespeare for younger audiences: using colour, song and puppetry to tell this magical tale.