As one of Broadway's biggest hits in recent years, Waitress returned to Broadway last September for a limited revival - and as reported on Filmed On Stage, the musical was captured live early in its run with composer Sara Bareilles in the title role.

It's been nearly a year since the filming took place, and here's all we know about the upcoming Waitress on Broadway film:

Based on the 2007 motion picture by Adrienne Shelly, Waitress was the first Broadway musical in history to have four women in the four top creative team spots with score by Grammy winner Sara Bareilles, book by Jessie Nelson, choreography by Lorin Latarro and direction by Diane Paulus.

After playing close to 1500 performances, the Broadway production closed in January 2020, just weeks before the industry shutdown. Around the same time producers started to create plans to film the London production with Sara Bareilles in the lead role - a common tactic due to the reduced filming costs in the UK compared to Broadway (previously done with Kinky Boots, An American in Paris, The King and I, and Billy Elliot the Musical).

Both Sara Bareilles and Gavin Creel, which previously starred in the Broadway production together, were announced to appear in London for a limited engagement of six weeks, which was later extended by two weeks to meet filming schedules.

Several weeks later, plans were quickly shelved when travel restrictions in the UK forced the two to depart the show early on March 14, 2020. The show later announced a permanent closing in the West End and named the March 14 performance its final one.

A year and a half later, with the news that Broadway theatres can reopen at full capacity, Waitress producers Barry and Fran Weissler announced that the musical will open on Broadway at the Ethel Barrymore Theatre for a limited revival September 2, 2021.

The revival cast included Bareilles which returned to the role for the fourth time, Christopher Fitzgerald in his Tony-nominated performance as Ogie, Drew Gehling as Dr. Pomatter, Charity Angel Dawson as Becky, Caitlin Houlahan as Dawn, Eric Anderson as Cal, Dakin Matthews as Joe, and Joe Tippett as Earl.

The failed London tapings served as one of the reasons for the new Broadway remounting, and were rethought and quickly put together again once enough funding was secured for the return engagement.

Waitress was then filmed three times without an audience during the show's second week of performances in September 2021. The cast filmed the show during the day, and performed reguraley at night (the evening live performances were not filmed, and once featured understudy Stephanie Torns in the role of Jenna Hunterson instead of Bareilles). 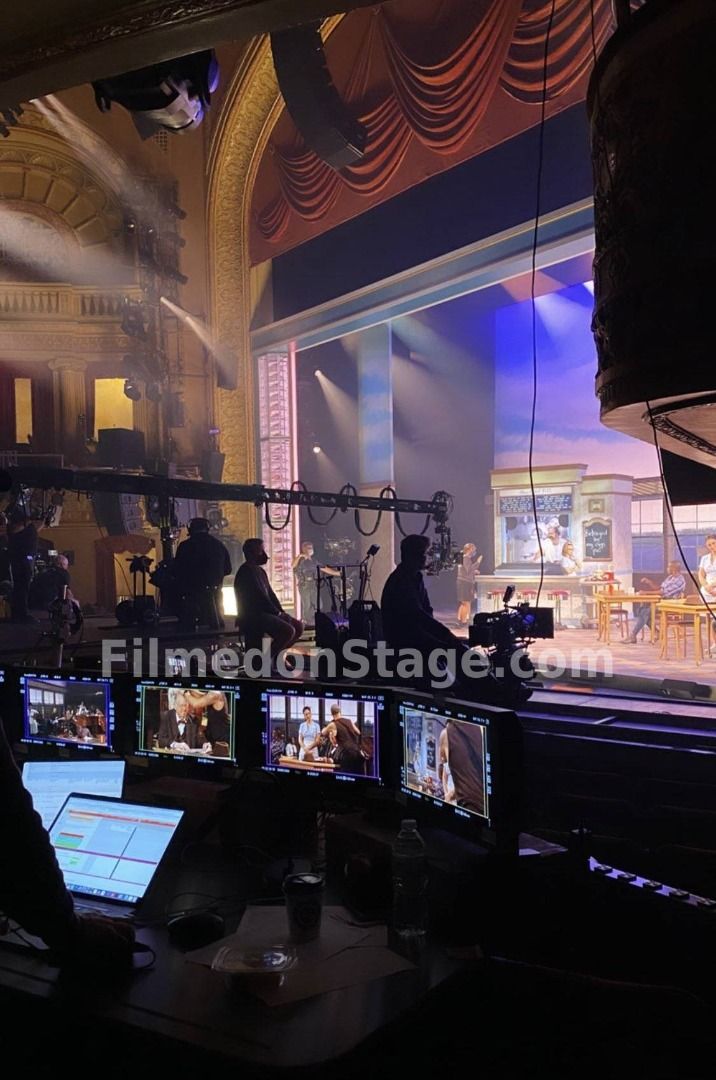 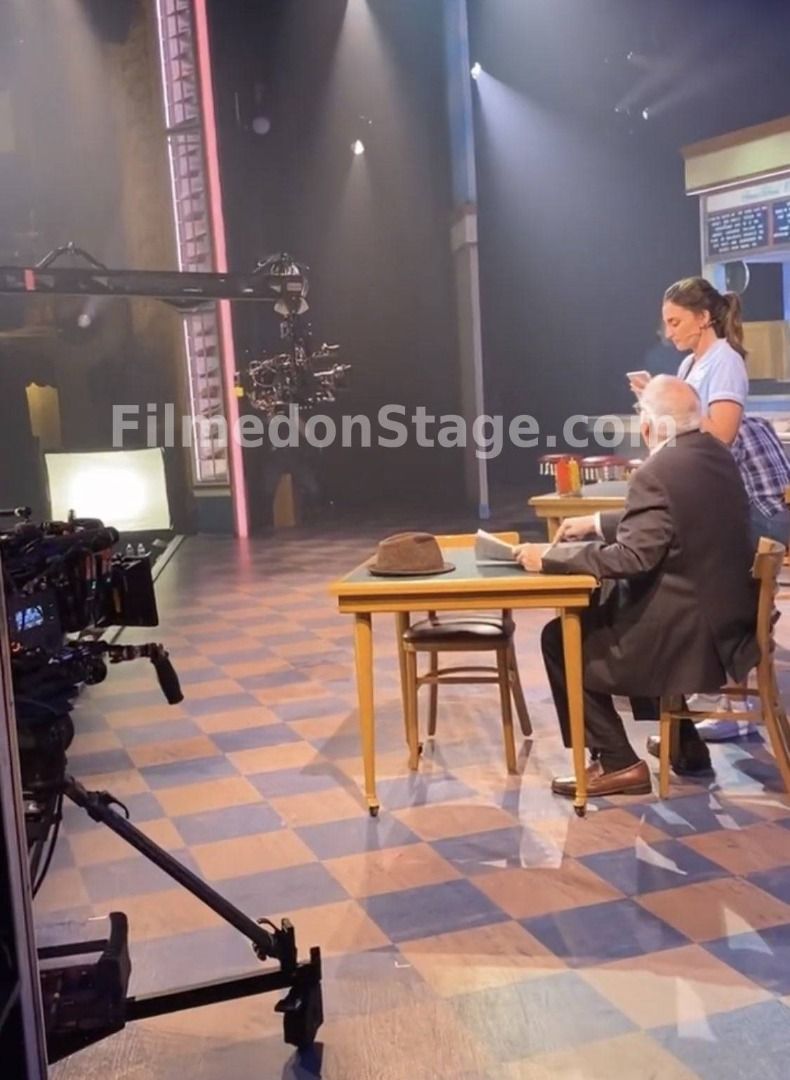 The filming week was then set to conclude with a special live performance on September 22 to capture audience reactions. While there was no official mention of the filming, in an Instagram video on her official page, Bareilles said she is experiencing "vocal fatigue" and will have to call out of the night show on September 21 as she is "working on something really exciting...that is utilizing all of the hours of the day, and did not get enough sleep."

At the live filming on September 22, producer Michael Roiff, told audiences that he "can't tell...what [the cameras around the theater] are for, but that they're filming [the show] tonight". He continued with asking the audience to clap several times in order to check for sound levels.

Directing the live capture on Broadway was Brett Sullivan for Steam Motion and Sound (Aladdin: The Broadway Musical, The Prince of Egypt, Kinky Boots the Musical, Newsies the Brodway Musical). The filming was produced by the National Artists Management Company, Inc. (NAMCO), an entertainment production company from producers Barry and Fran Weissler.

As the show was independently filmed for the Waitress stage producers, it is expected that Waitress will follow the same distribution path of Hamilton, Come From Away, and the recent Girl From The North Country where producers market the recording rights to interested streaming services.

No official release date has been announced for the filmed production, which is still in post-production editing. With producers not willing to share any information on the filming, it seems likely that more updates will be shared once the UK tour of the show closes in August.