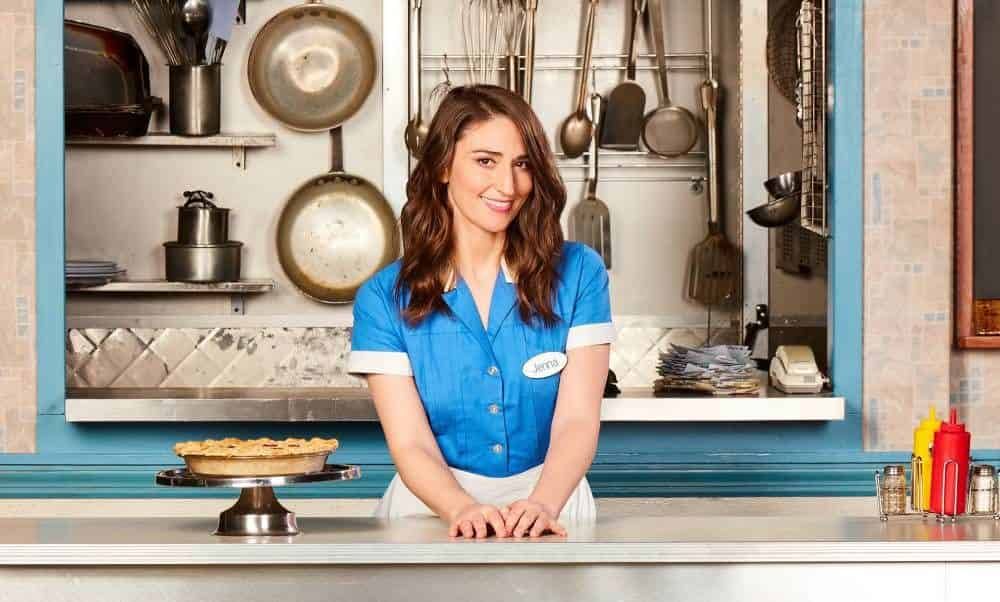 The Broadway musical Waitress will return to Broadway this September for a "limited revival" - with possible filming plans taking place towards the end of the run.

Continue reading to find out all we know about the potential filming plans!

Plans for a filmed performance of the West End production of Waitress were reportedly shelved last year after the COVID-19 lockdowns in the UK forced the production to close earlier than expected.

The filmed performance, which was due to star Waitress composer Sara Bareilles in the title role, was also going to feature Gavin Creel which starred in the production prior to the abrupt closing.

Due to international travel restrictions set in March 2020, the filmed performance reportedly couldn’t be organized in time, with Sara Bareilles and Gavin Creel ending their run in the London production a week early before filming could take place.

With the news that Broadway theatres can reopen at full capacity this September, the Wall Street Journal reported Waitress would return to its Broadway home nearly two years after it last closed. Broadway producer Barry Weissler said to the Wall Street Journal that Waitress composer Sara Bareilles would lead the cast as Jenna Hunterson once more in a "limited revival" of the show.

Today, we confirm the show will be back from September 2nd to January 9th at the Ethel Barrymore Theatre. Sara Bareilles will be with the show until October 17th.

Filming plans are now expected to shift to a Broadway capture, which is said to be a contributing reason behind this "limited revival" which will aim to capture Sara Bareilles in the musical. The Broadway website for Waitress has been updated to reflect the upcoming revival.

Sara Bareilles said in a statement: "I couldn't miss the opportunity to be there when Broadway welcomes audiences back into theaters that have been sitting dark for over a year. It is a gift to get to revisit the beautiful story of Waitress, centered around hope, resilience, and the support of our chosen family. It's so special to be able to celebrate those same qualities at this moment in time within our theater family. Like so many people all over the world, this community has endured great loss and tremendous hardship, and we are all changed. But with this change comes powerful motivation to bring what we have learned and experienced this past year to make something even more beautiful and more intentional. Broadway is grit and grace, magic and mayhem, and I can't wait to feel the electricity that pulses through all of us as the curtains rise once again."