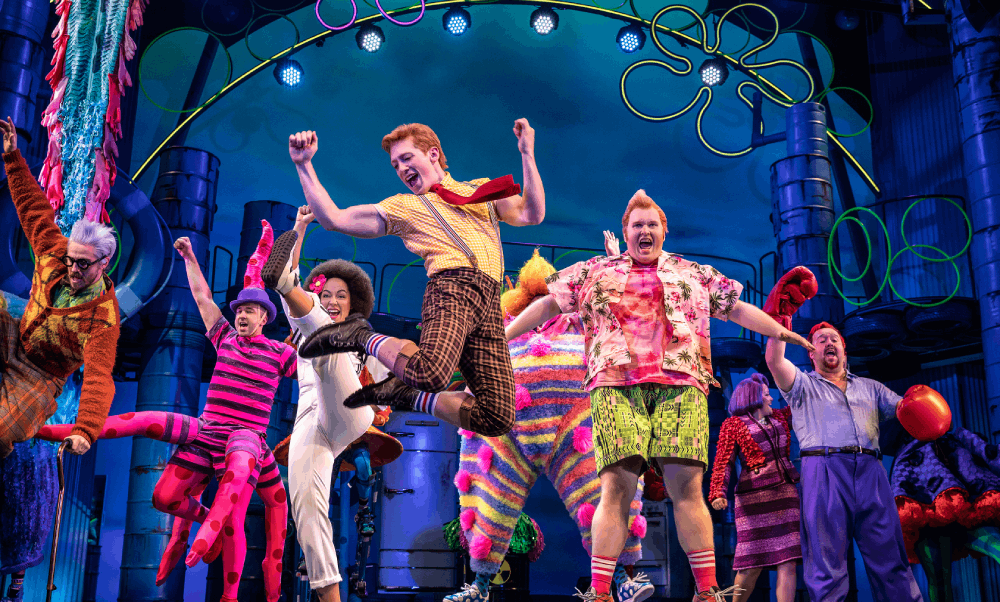 Original Broadway Cast will film SpongeBob the Musical in front of live audience!

Following a critically lauded run on Broadway, members of the original award-winning Broadway company of The SpongeBob Musical: Live On Stage! will reuniteto film the show for television in front of a live theater audience. The live television production will capture all-new depths of theatrical innovation where the power of optimism really can save the world. The SpongeBob Musical: Live On Stage! will air on Nickelodeon this December. The filming will be produed by Austin Shaw ('The King and I', 'An American in Paris', 'Red') and will be filmed at a West End theatre TBA.

Rob Bagshaw, Executive Vice President of Nickelodeon Live Action Unscripted and Live Events, said: “What better way to celebrate the 20 [th] anniversary of SpongeBob SquarePants than to bring this wildly imaginative Broadway musical to Nickelodeon for a wider audience. We could not be more excited that fans and families of all ages will now have the opportunity to experience live actors portraying these beloved characters in a whole new way with The SpongeBob Musical: Live on Stage!”

Tina Landau said: “I’m so thrilled to be able to revisit the show in a new light and with our original cast members. The whole creative and I are excited to go back into the world of Bikini Bottom and discover its new life in TV broadcast form. But above all, I’m deeply grateful for the opportunity to share the joy and spirit of our show with a wider audience. That’s what matters most to me – the joy.”

Named Best Musical by the Drama Desk Awards and Outer Critics Circle and earned 12 Tony Award nominations – the most nominated musical of the 2017-2018 theatre season – winning for Best Scenic Design of a Musical (David Zinn).

Acclaimed Steppenwolf director Tina Landau and the groundbreaking designers behind Fun Home, Hedwig, and Spring Awakening havebrilliantly reimagined Bikini Bottom for the Broadway stage, on tour and now for television, bringing the spirit of SpongeBob to life with humanity, heart, and pure theatricality. With an original score from some of the biggest names in pop and rock, The SpongeBob Musical: Live On Stage! explodes with energy.

Stakes are higher than ever before as SpongeBob and all of Bikini Bottom face the total annihilation of their undersea world. Chaos erupts. Lives hang in the balance. And just when all hope seems lost, a most unexpected hero rises up and takes center stage.

The Original Cast Recording is available now from Masterworks Broadwaywherever music is sold and streamed.

The SpongeBob Musical is now on tour across North America.

Airdate, additional programming plus further casting will be announced at a later date.

Since its launch July 17, 1999, SpongeBob SquarePants has reigned as the number-one kids’ animated series on TV for the last 17 years, while generating a universe of beloved characters, pop culture catchphrases and memes, theatrical releases, consumer products, a Tony award-winning Broadway musical and a global fan base. SpongeBob SquarePants is the most widely distributed property in Viacom International Media Networks history, seen in more than 208 countries and territories, translated in 55+ languages, and averaging more than 100 million total viewers every quarter. SpongeBob SquarePants is created by Stephen Hillenburg and produced by Nickelodeon in Burbank, Calif. The character-driven cartoon chronicles the nautical and sometimes nonsensical adventures of SpongeBob, an incurably optimist and earnest sea sponge, and his undersea friends.

Get ready for another fun family weekend hosted by Disney! "Disney on Ice" has now release...

John Logan's Red, starring Alfred Molina and Alfred Enoch will be the next Broadway play to be r...