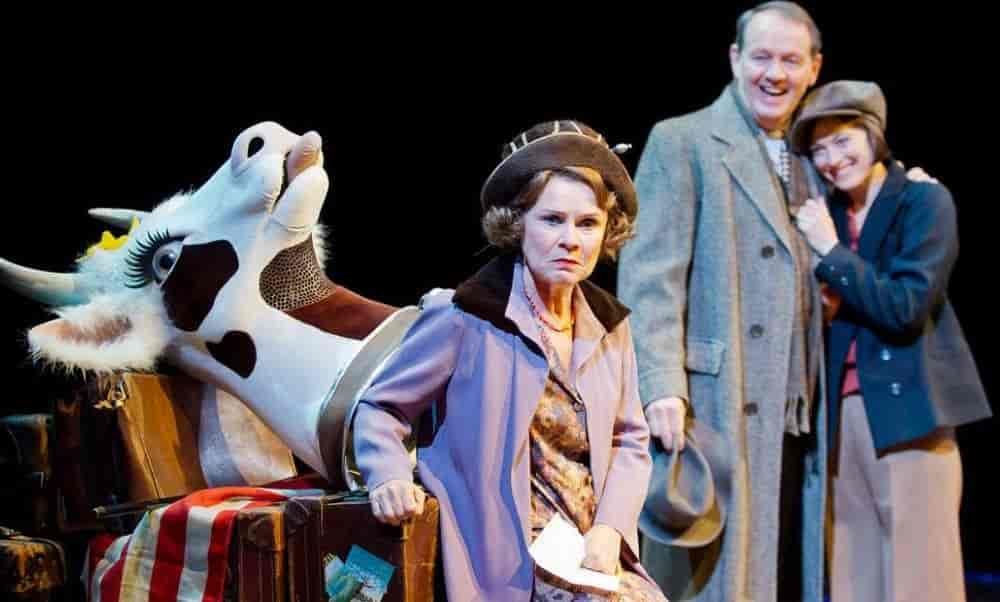 Gypsy: Live from the Savoy Theatre, starring Imelda Staunton as Rose, is now streaming for free for a limited time!

Here's how to watch the show all week:

Based on the true-life memoirs of legendary burlesque entertainer, Gypsy Rose Lee, the musical tells the tale of Momma Rose and her two daughters, Baby June and Louise, trekking across America in their family vaudeville act.

But times are changing, audiences are expecting more, and the two girls have their own ambitions in mind. The rise of burlesque is upon them, and nothing will ever be the same again for Momma Rose. Directed by Jonathan Kent, the production features choreography by Stephen Mear, designs by Anthony Ward, and musical direction by Nicholas Skilbeck. Lighting design is by Mark Henderson and sound by Paul Groothuis.

The West End revival opened at the Savoy Theatre on April 15, 2015 for a limited run. Directed by Jonathan Kent with choreography by Stephen Mear and set and costume design by Anthony Ward, the production starred Imelda Staunton as Rose, Peter Davison as Herbie, and Lara Pulver as Louise.