Filmed live at the Dominion Theatre in London, An American in Paris, the Tony Award-winning Broadway musical inspired by the Oscar-winning film, will be released later this year on DVD & Blu-Ray!

Read on for all the productions getting released this year!

The London production of An American in Paris was captured on film right before ending its run in 2018 at the Dominion Theatre. The show was captured with the original London company, led by Robert Fairchild and Leanne Cope.

Today, Liberator Films has announced the musical will be released on both DVD and Blu-Ray July 20th, 2021.

Liberator Films recently announced the releases of their other productions: 42nd Street, Kinky Boots The Musical, The Wind in the Willows, and West End musical From Here to Eternity - all available to pre-order now.

Pre-orders for "An American in Paris" are expected to start later this month, here. The musical is also now available to stream worldwide. 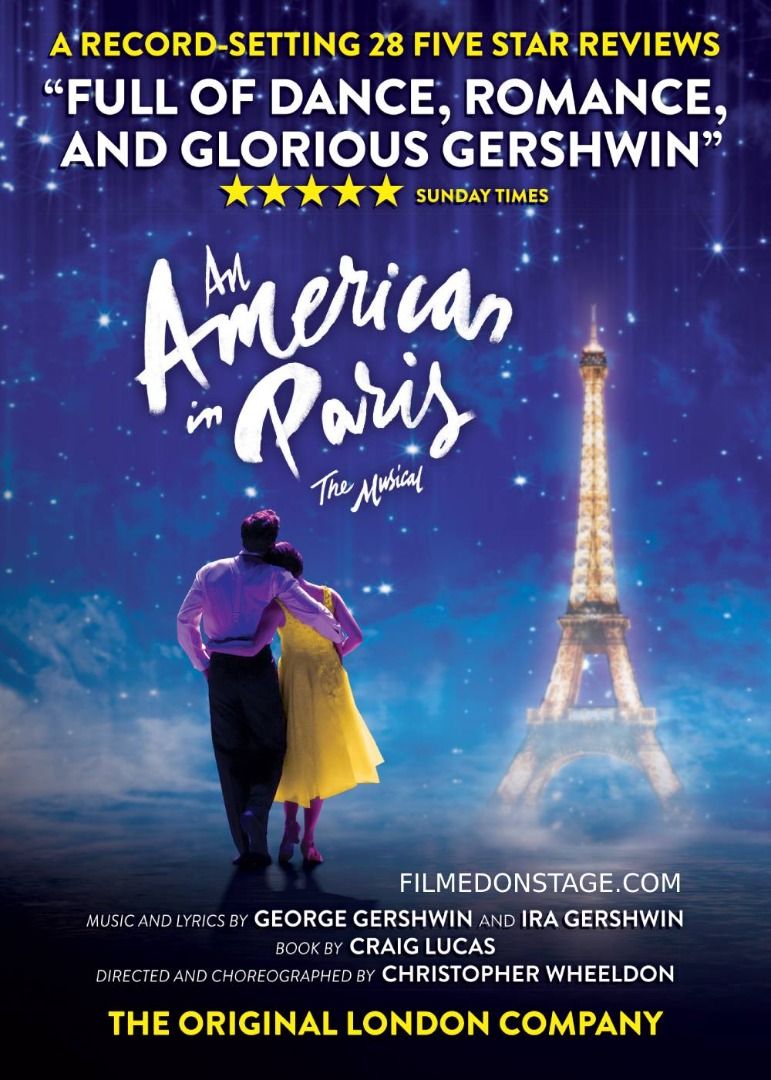 DVD Cover for "An American in Paris"

Jerry Mulligan is an American GI struggling as a painter in a city suddenly bursting with hope and possibility. Following a chance encounter with a beautiful dancer named Lise, the streets of Paris become the backdrop to a romance of art, friendship, and love.