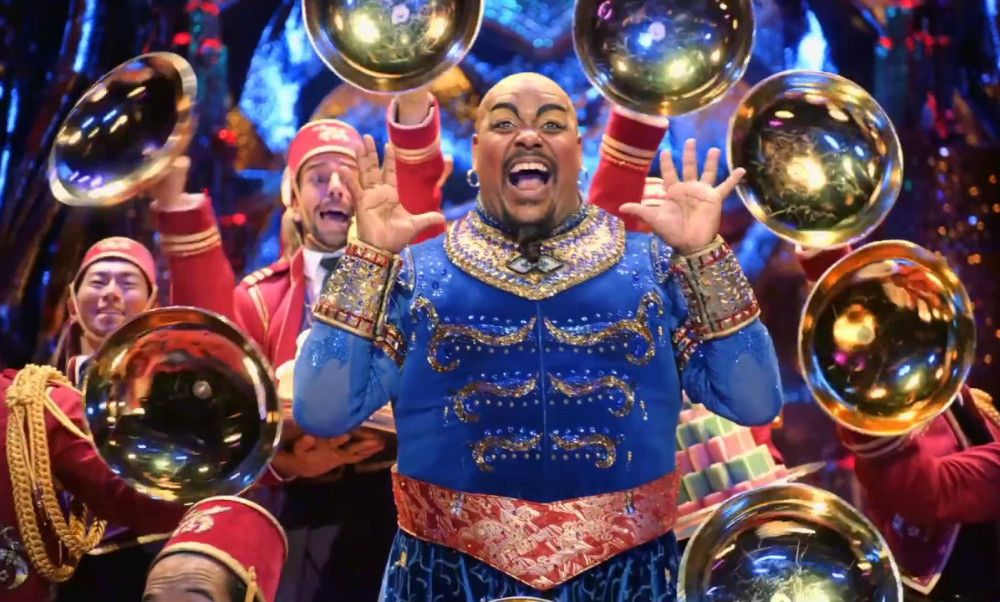 Disney's hit West End musical Aladdin, which opened to critical acclaim at the Prince Edward Theatre on 15 June 2016, has been filmed for a future worldwide release. Broadway cast member Trevor Dion Nicholas is Genie and is joined by various cast members from several productions of Aladdin around the world for this special filming. Keep checking FilmedOnStage.com for more details on the upcoming release of the recording!

Now in its fifth record-breaking year on Broadway at the New Amsterdam Theatre, Aladdin's global presence has grown to six productions on four continents, seen by more than 4 million people to date. The show opened at Tokyo's Dentsu Shiki Theatre Umi in May 2015, had its European premiere in December 2015 at the Stage Theatre Neue Flora, Hamburg, began performances in August 2016 in Australia and launched its North American tour in Chicago in April 2017.


Previous Disney stage productions in London have included Shakespeare in Love and the Olivier-winning productions of Beauty and the Beast, Mary Poppins and The Lion King, which is now playing its 19th year in the West End.