The Broadway musical Allegiance, which was previously released in a $169 special edition DVD package, will be released as a stand-alone DVD this April.

Here's how to pre-order the DVD now:


George Takei’s "Allegiance: The Broadway Musical on the Big Screen" will be released April 1st, 2021 as a Region Free DVD of the entire Original Broadway Production filmed in NYC with the Original Cast.

The stand-alone DVD is now available to pre-order.

The DVD will include subtitles in English, Spanish, Italian, French, and Japanese. In addition to the complete Broadway production, the DVD will also feature the feature-length documentary "Allegiance to Broadway: The Dream. The Story. The Journey of a Musical." 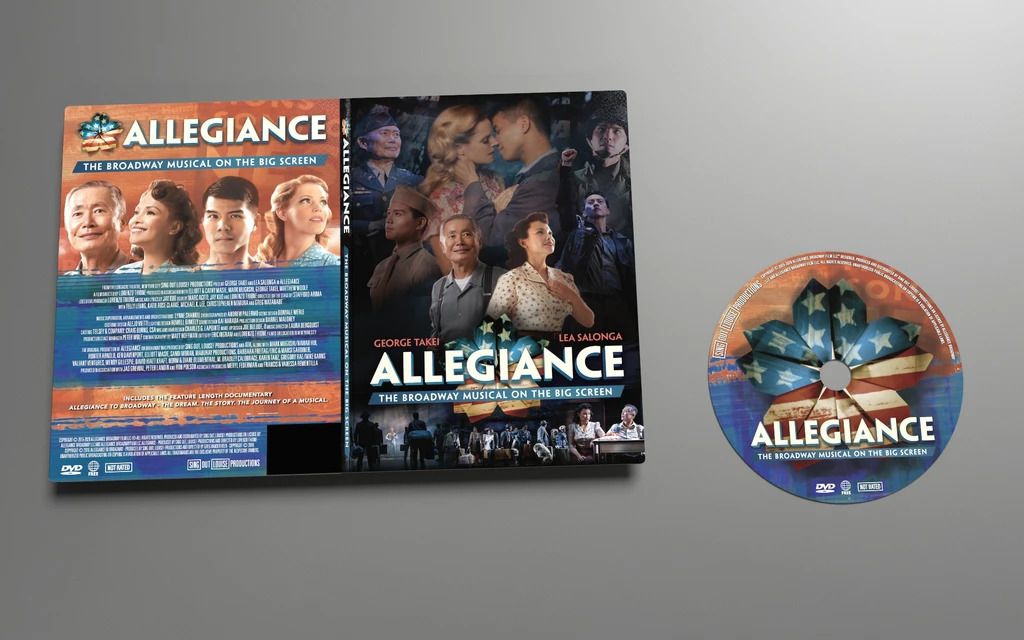 DVD Cover for "Allegiance: The Broadway Musical on the Big Screen"

Allegiance tells the story of one family’s extraordinary journey in a troubling time of a nation at war.

A mysterious envelope leads Sam Kimura (George Takei) back 60 years to a time when he (played as a young man by Telly Leung -- Godspell, “Glee”) and his sister Kei (Tony Award-winner Lea Salonga--Miss Saigon, Mulan) strive to save their family from the wrongful imprisonment of Japanese Americans during World War II.

Sam enlists in the army to prove his family's loyalty, while Kei joins the draft resisters fighting for the rights of their people. Their paths take them from the lush farmlands of California to the wastelands of Wyoming to the battlefields of Europe, and their divided loyalties threaten to tear them apart forever. But as long-lost memories are relived and a new perspective is gained, Sam finds that it is never too late to forgive and experience the redemptive power of love.