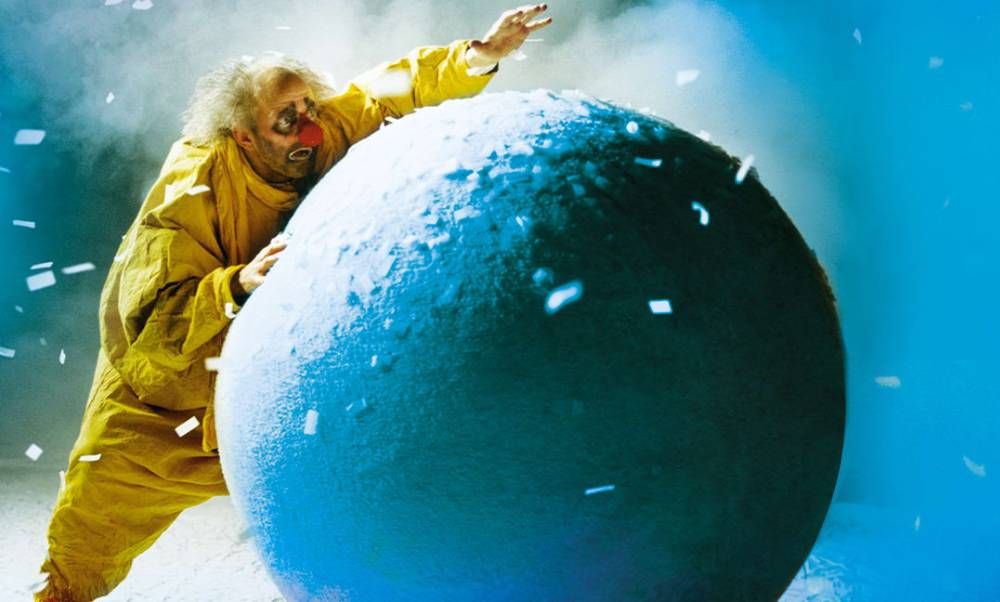 SLAVA'S SNOWSHOW to Be Released for Worldwide Streaming

For the first time ever, the spectacular West End production of SLAVA'S SNOWSHOW will be available to stream worldwide!

Olivier Award winner for Best Entertainment, and nominated for a Tony Award for Best Special Theatrical Event, SLAVA'S SNOWSHOW is a universal and timeless theatrical poetic spectacle that has unanimously enchanted and empowered the imagination of audiences and critics since 1993 in dozens of countries.

The production will be available to stream through BroadwayHD starting February 8th, 2021.

Co-founders, award-winning producers and filmmakers Stewart F. Lane and Bonnie Comley said, "SLAVA'S SNOWSHOW has captivated audiences from Broadway to West End, to stages well beyond and is one of the most imaginative pieces of theater ever created. BroadwayHD is proud to be the exclusive streaming home of this critically acclaimed show and help introduce new audiences to this amazing production."

Created by Slava Polunin, this wistful theatrical adventure unleashes a breathtaking artistic thrill ride for audiences of all ages and languages. It offers a dreamlike vision that overflows with magical dynamism and humorous antics, set within an absurd and surrealistic world.