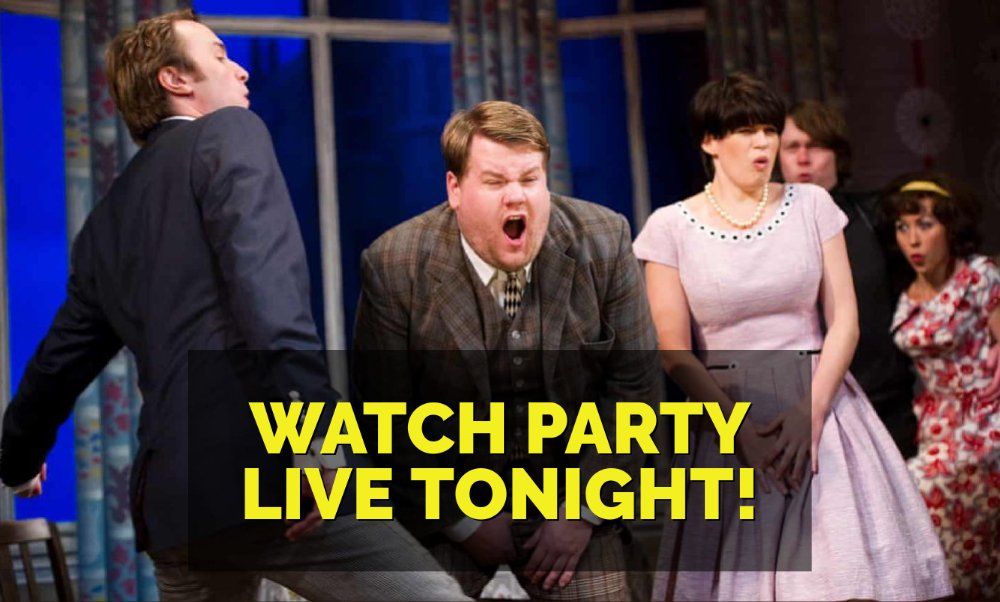 The production will available for streaming through PBS for one week starting tonight at 9 PM ET.

Continue reading to find out how to stream the show!

For a direct link to the stream tonight, check our full updating list of free musicals and plays.

Adapted by playwright Richard Bean from a 1743 Commedia dell’arte farce and set in the British resort town of Brighton during the Swinging ’60s, the manic plot centers on an out-of-work musician named Francis Henshall (Corden) who becomes a bodyguard-minder to Roscoe Crabbe, a petty East End crook.

Little does he know that “Roscoe” is actually his own sister, Rachel, now masquerading as her dead brother, who’s been killed by her boyfriend, Stanley Stubbers.

To complicate matters even more, the perpetually ravenous Francis sees the chance for an extra meal ticket and takes on a second job with Stanley, who is hiding out from the police and waiting to be reunited with Rachel.

To prevent discovery, Francis must keep his “two guvnors” apart, an increasingly difficult predicament resulting in comic mayhem, and providing Corden with the opportunity for a series of spectacular sight gags and pratfalls.

Browse all Broadway musicals that are now streaming.