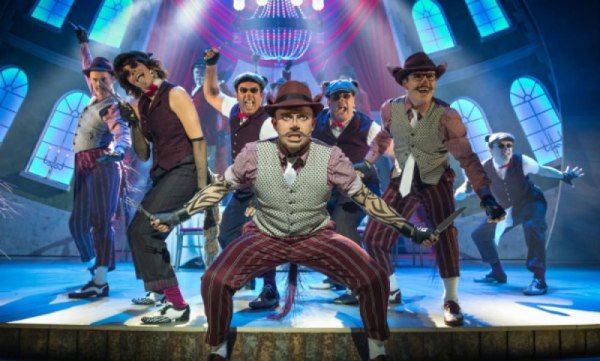 The producers of the West End production of The Wind in the Willows have announced the musical will stream for free this week, for a limited 48 hour period. The musical is now available to stream worldwide, continue reading to find out how to watch.


The show will stream online for free starting Wednesday, October 28th, at 2PM GMT for a limited 48-hour period. Browse our list of free musicals for a direct streaming link.

The piece follows the various characters of the book including Mr Toad, Ratty and Mole, as they follow Toad's insatiable need for speed.

The musical, which opened in June 2017 and filmed by BroadwayHD in 2018, starred Rufus Hound as Toad, Simon Lipkin as Ratty, Craig Mather as Mole, Neil McDermott as Chief Weisel, Denise Welch as Mrs Otter and Gary Wilmot as Badger.